Who are you and what do you write?
Hey, I’m Jason Bovberg, and what I’m doing with my Blood trilogy (Blood Red, Draw Blood, and the forthcoming Blood Dawn) is telling an urgent, real-time apocalyptic-horror tale from several different perspectives. Blood Red is told from the point of view of Rachel, a 19-year-old girl who’s barely hanging on to her sanity in the real world, let alone a new world populated by weirdly and slowly reanimating “corpses.” (This ain’t a zombie story; it’s altogether stranger.) Draw Blood is told from the perspective of her father, so we see the same event through new, more mature eyes as things get more and more aggressively weird. And Blood Dawn, which I’m currently finishing up, finishes the story from the point of view of someone who was “infected” in Draw Blood, wrapping up the story in a storm of blood, bone, and otherworldly chaos. It’s a hell of a lot of gory fun.

I’m fascinated by the notion of “perspective,” and I really wanted to play with that in the Blood trilogy. The whole endeavor is partially inspired by the original idea for the movie Cloverfield and its planned sequels. Those further tales would have told the story of the same invasion from the perspective of various cameras around New York City. I LOVE that idea, so I stole it. Sorta.

Beyond my horror novels, I’ve also written a nostalgic ‘50s noir in the tradition of Chandler, Hammett, Cain, and Prather called The Naked Dame. It’s another book in which I play with voice, somewhat more playfully. I loved writing that book and could see returning to the genre.

You versus Norm Partridge in a fight to the death. Who would win?
So you heard about Portland? Yeah, it was at the World Horror Convention last year. I took issue with the fact that Norm was the Guest of Honor in my place, so that Saturday afternoon I challenged him to a fistfight at the entrance to the dealer’s room. It was ugly. No one has heard from Norm since.

Looking back on the terrible things you’ve done to your characters, or the cruel backstories you’ve given them, if there was one sentence you could say to them, what would it be?
I have no regrets about what I’ve put you through, because you are far, far stronger now than when we met—well, except for the dead among you, sure, but even you played your noble part in the narrative, so you should feel an enormous degree of pride. 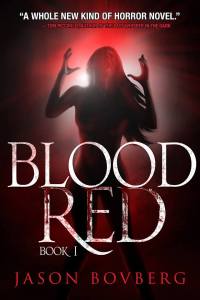 Go back to the moment you finished writing your first-ever novel. Doesn’t matter if it has been published, self-published, or lost forever to the depths of My Documents. What did it feel like to write those last words?
In my case, it was something like a relieved “FINALLY!” because it took me quite a while to graduate to long-form writing from short story writing. Back then, the notion of penning a 100,000-word tome was beyond comprehension, and in fact it took a couple of awkward “practice” novels to get there—as well as a period of close to a decade. (Those practice novels shall remain permanently drawered. One of them, in fact, was frightfully close to porn. Hey, writers use all kinds of crutches to keep the works moving, right?)

You’re at the grocery store when you spot a bleary eyed woman with a shopping cart full of cake mix and rat poison. What is she about to do, and more importantly, why?
The woman had a tic on the side of her face, and at first I thought she was winking at me. Walking the other direction down the aisle, I avoided eye contact. I strode past the sugar, past the flour. I nonchalantly grabbed a packet of baking powder off the shelf. In the convex mirror at the back of the store, I saw her in the distance, turning back to peer at me, her face distorted, her body elephantine. Stop it! I thought. I walked along the back of the store, whistling softly, while she checked out. Glancing down the center aisle, I caught one more flash of a grin, of her eyes turning toward me, dark and quick. In a moment, I watched her leave the store, walking crookedly, with her purchase. She had the money now, and my directions. I just hoped she would spell my daughter’s name right on the cake.

Describe, in vivid detail, a child’s reaction to their parent stating, “Santa isn’t real, Billy, but the monster under your bed certainly is.”
Smiling, Mommy closes the door, and I watch her shadow retreat in the gap between the wood and floor. I think she even laughs a little, the sound drifting away like wind chimes. Did she really just say that about Santa? It doesn’t make sense. I crawl back into the corner of my bed, staring at the edge, pulling the covers up. Whatever is down there seems to yank back at the sheets. Mommy can’t be right! The tree is all lit up downstairs, and the milk and cookies are out, and in the morning Santa will have left his presents. All of them, everything I’ve always wanted. Something grunts under the bed, and I shut my eyes. No! It’s not fair. My heartbeat is racing, and I can’t stop myself from shivering. I curl myself in a ball and scream inside. Something cracks. After a long moment, I open my eyes. The creature is peering over the edge of the bed, locking its eyes with mine. It wears a coal-stained red cap, slimy and flat, and its face is grimy as if with grease. Its face is plump, it mouth curled up in a rictus grin, revealing sharp teeth. Its eyes gleam. It pulls a great bag from beneath the bed and lifts it to its shoulder. Its voice is full of cinders. “Merry Christmas Billy.”

Write 3 steps on how to be Jason Bovberg.
1) Acquire an obsessive-compulsive collector mentality
2) Find terrific pleasure in the dark and weird
3) Shave your head, and begin typing

Last Words
You feel your life force fading. You have only moments left. You look up into the cloudy sky, raise your fist and yell, “(Your epic last words here)”.
“I know you’re an author, too, you bastard, so tell me: What part did I serve in the narrative?”

Eloise J. Knapp is an author and designer living in the Pacific Northwest.
View all posts by Eloise J. Knapp →
This entry was posted in Interviews and tagged author, flash fiction, horror, interview, Jason Bovberg. Bookmark the permalink.